Old Sawyer - Smaller by the Minute

We are well into Week 2 of the demolition of Old Sawyer. The best evidence of progress can be seen by the removal of the exterior brick skin on two sides of the building. This post includes another of Phil Remillard’s videos, this one as timelapse.

The south side of Old Sawyer, facing Schapiro Hall, has been opened up: 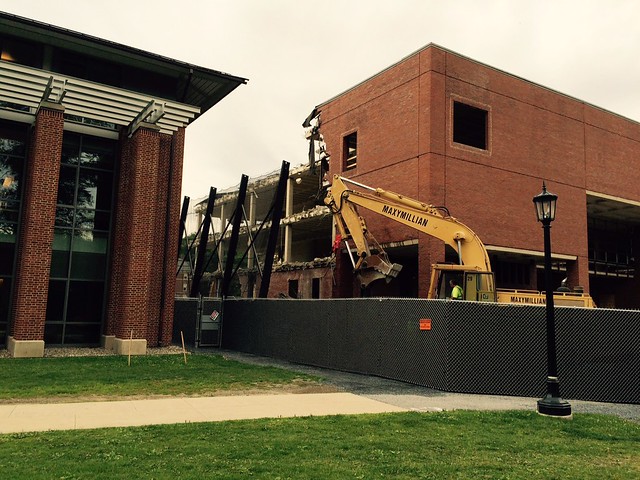 Today, the east side of the building, which faces Stetson and new Sawyer, has been uncovered: 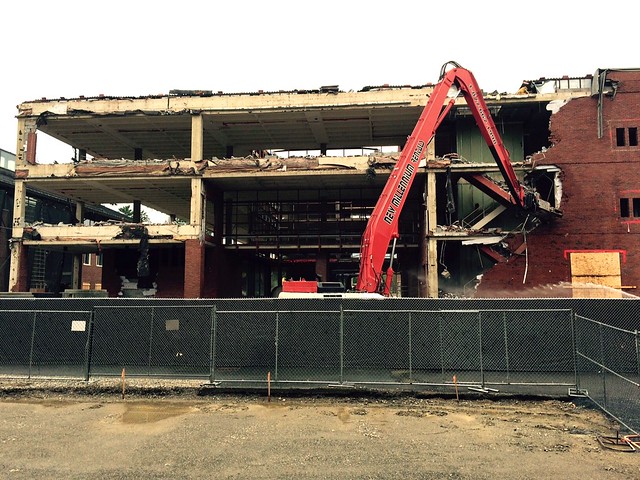 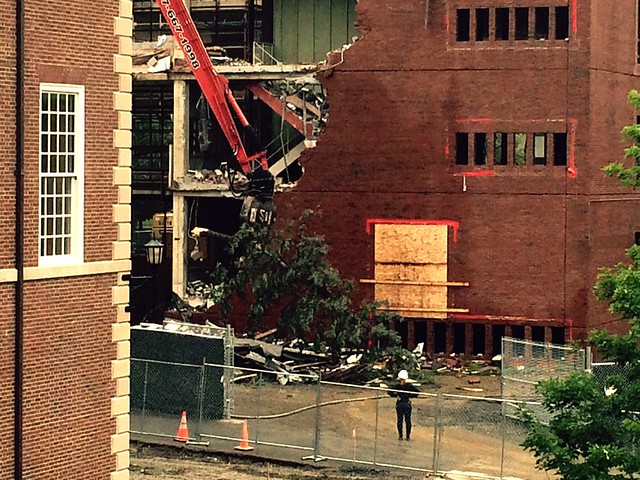 The entire east facade has now been removed; note the interior stairway. Stetson is seen at the left: 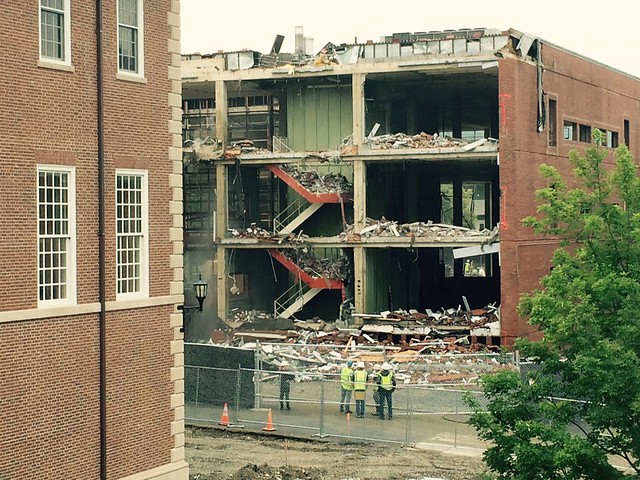