The Imagined View a Reality

This was an extremely busy week in the demolition of Old Sawyer. Good progress had been made in taking down the building, and no portion of Old Sawyer remained standing by mid-day, July 10. Thanks to many Sawyer staff members for taking the following photos. As will be seen, though Old Sawyer has been demolished, a huge amount of work remains to be done in sorting and carting off recyclable metal and moving rubble and new fill. 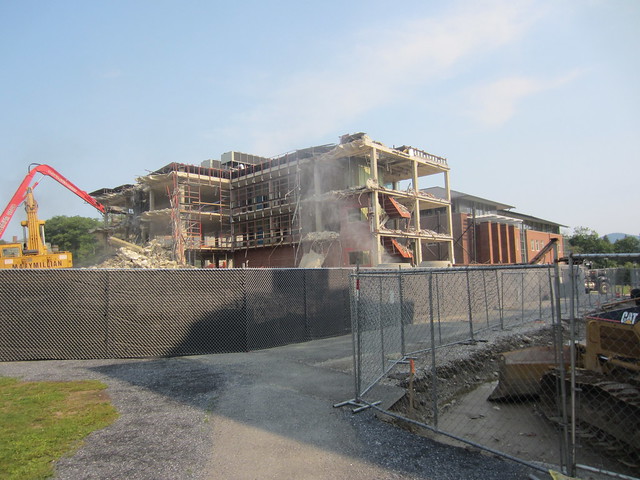 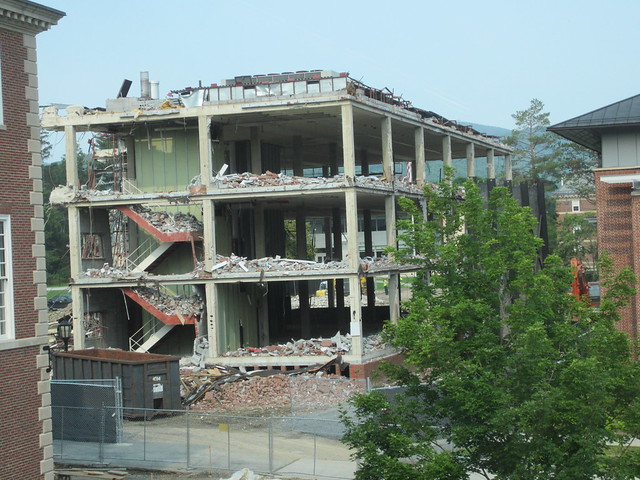 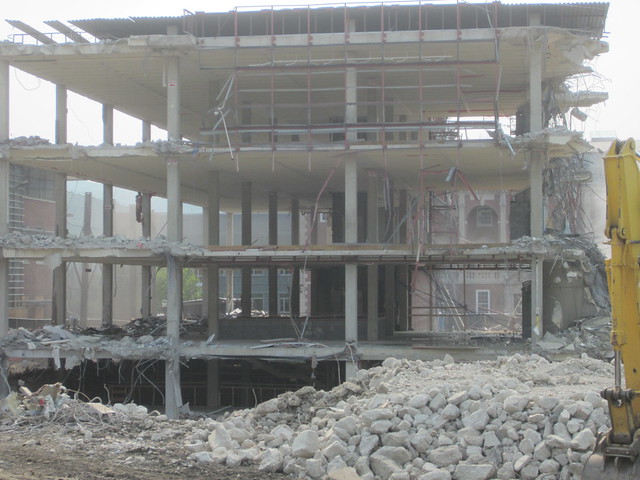 The situation would change section by section: 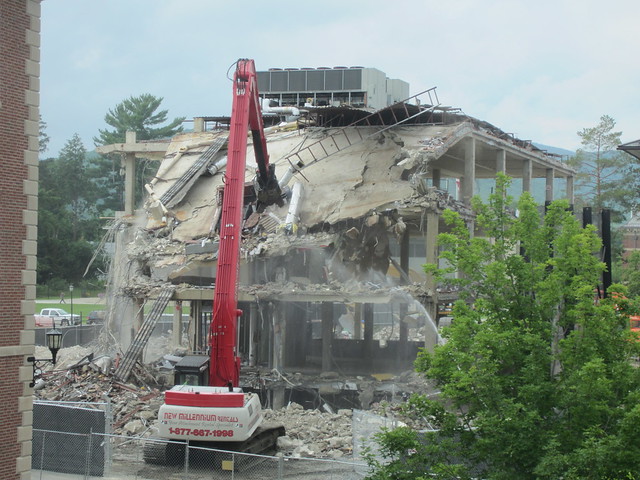 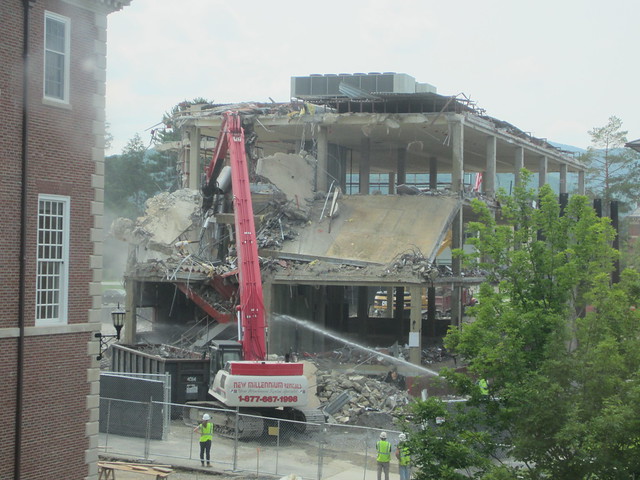 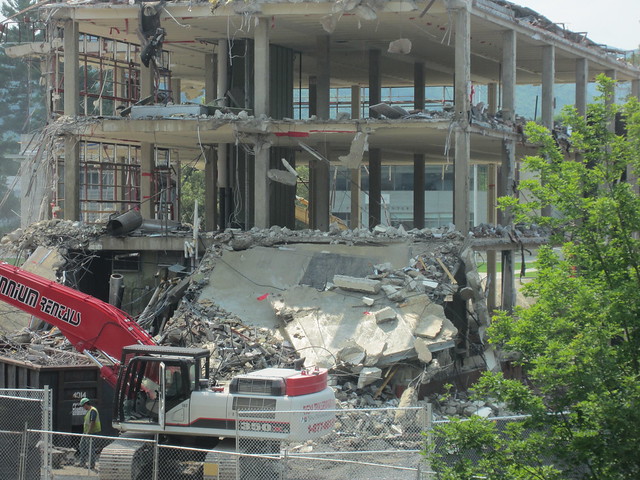 By Friday, the end was in sight and the building was down by early afternoon. The promise of the open public space to replace Old Sawyer became clear by midweek: 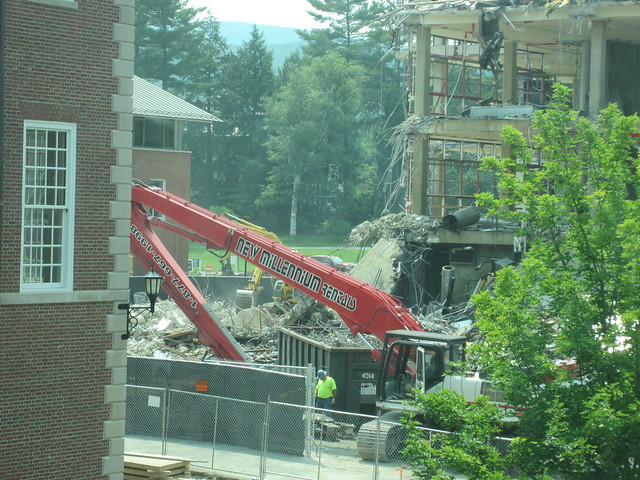 By early Friday morning, though portions of Old Sawyer still remained at right, the open space was becoming clearer: 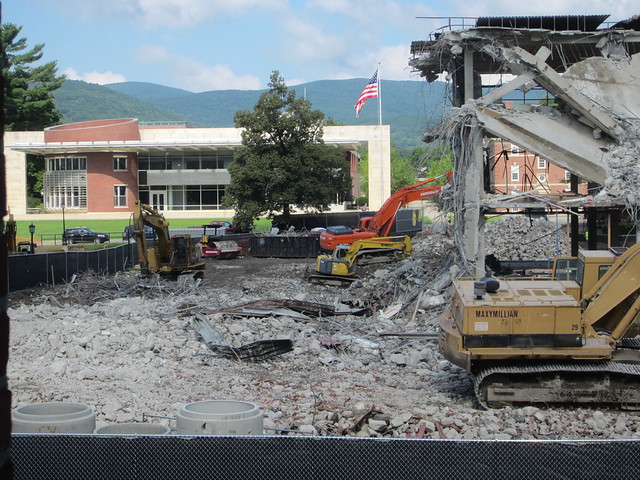 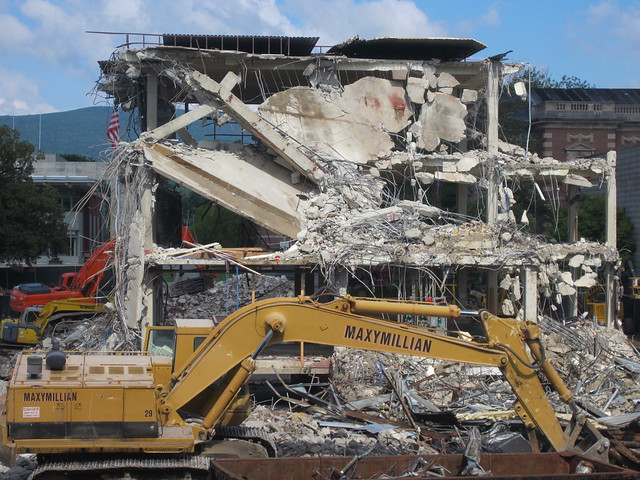 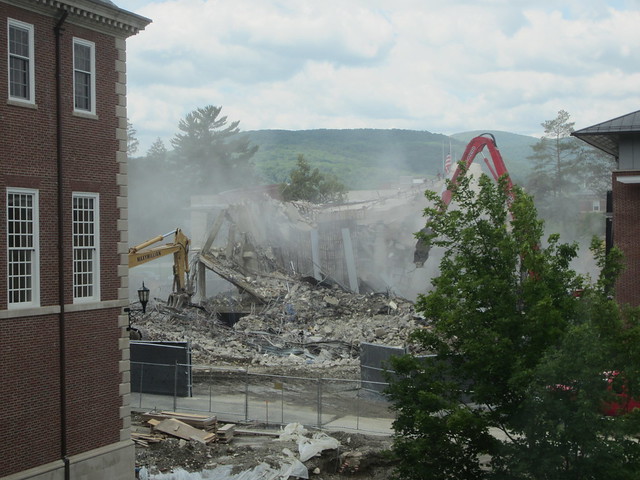 Finally, the long imagined view toward Stetson and new Sawyer from Paresky across the Chapin Lawn had become a reality: 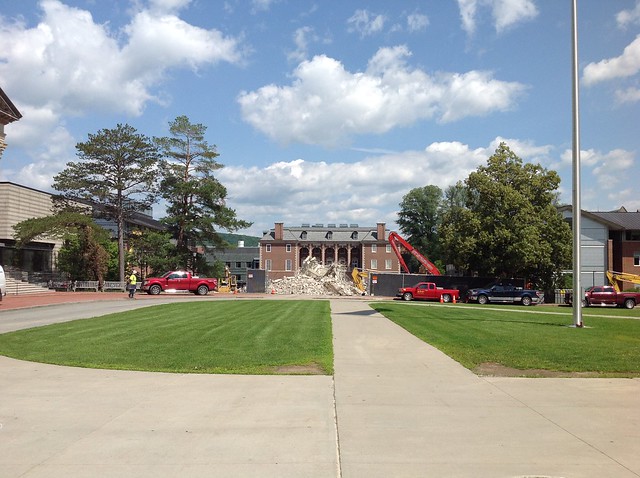