Fragmentary Remains: Books of the Dead at Williams College

The Chapin Library invites you to attend a virtual event with Foy Scalf on April 27 from 3:00-4:30pm EDT.
Register to receive the Zoom link: https://forms.gle/7rdy8sBF2t8rh6Zq8 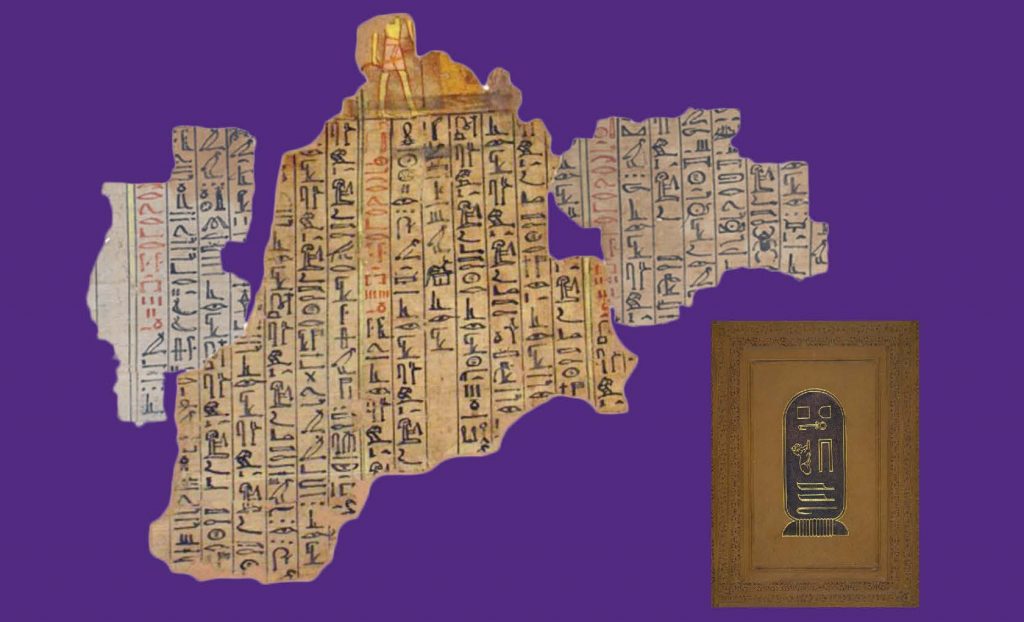 In 1922 Alfred Clark Chapin purchased a small album filled with scraps of ancient Egyptian papyrus inscribed with the Book of the Dead. This album now resides in the Chapin Library at Williams College, along with a collection of inscribed linen mummy bandages. Together these material remains form an excellent corpus to exemplify the practice of fragmentology, both in terms of the modern methodology for tracing chains of provenance and potential digital restoration, but also in terms of Victorian collecting practices. Chapin’s modest album reveals the late eighteenth century predilection for pasting somewhat random scraps of papyrus together to present the illusion of more interesting—and thus more valuable—manuscripts. This presentation will open a discussion of these fragmentary remains by showing how a seemingly modest collection can be deconstructed, connected with other fragments around the globe, and ultimately reconstructed for the digital age.

Foy Scalf is a scholar, librarian, and humanist interested in the history of the ancient world, the methods of its study, and how to spread that knowledge. He is Research Associate; Head of Research Archives; and Head of the Integrated Database Project at the Oriental Institute of the University of Chicago. He also acts as Principal Investigator for a corpus-based digital project known as OIDOO, the Oriental Institute Demotic Ostraca Online. He received his PhD in Egyptology from the University of Chicago with a dissertation examining funerary literature from Roman Egypt and identifying its origins in the oral traditions attested in graffiti from preceding centuries. He curated a special exhibit for the Oriental Institute Museum called “Book of the Dead: Becoming God in Ancient Egypt” and assembled a group of internationally-acclaimed scholars as editor of the accompanying catalog. In 2016, he was awarded the Archival Innovator Award by the Society of American Archivists for his role in the Oriental Institute’s Integrated Database Project.